One of Carbone boreal’s researchers contributed to a study recently published in Science of the Total Environment. The researchers measured dissolved organic carbon (DOC) concentration in the water column of 36 lakes located in eastern Canada over a period of 35 years (1983–2017). DOC found in lake water or rivers is exogenous, meaning that it originates from surrounding terrestrial ecosystems, mainly from the vegetation and the soil. DOC gives river and lake waters their brownish color and its concentration in the study area is particularly influenced by the surface and the nature of the soil of the surrounding terrestrial ecosystem. The scientists found a large increase in DOC concentration in 72% of the surveyed lakes (browning of lake water), which averaged 20% over the study period. Similar increases have been observed in other temperate and boreal lakes worldwide in the last decades. In contrast with what other studies have found, this increase was not strongly influenced by changes in climate or in atmospheric deposition but rather by catchments’ characteristics such as the dominant vegetation (conifers vs. hardwoods) and catchments’ surface area. The consequences of these trends are still uncertain but they could have several detrimental effects on the aquatic life and affect local C geochemical cycles. 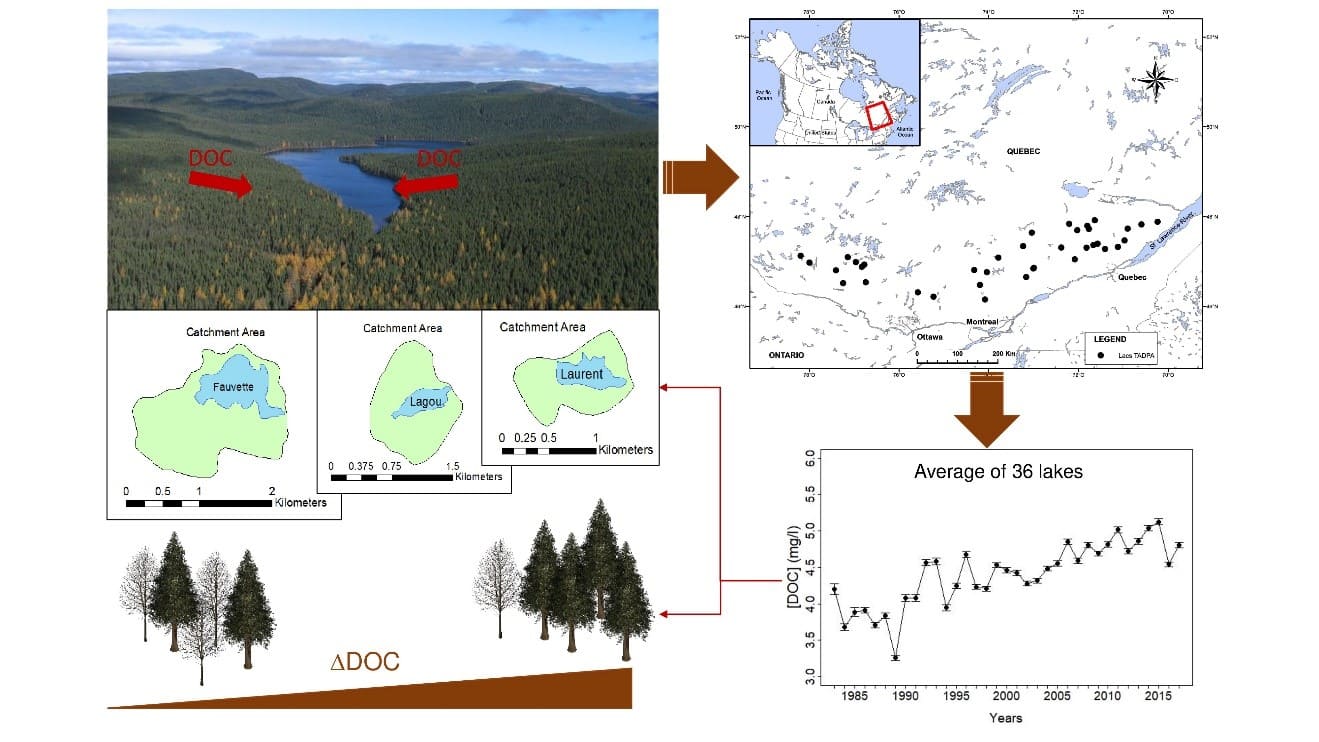